the sweetest cinema you ever saw

The other weekend I had the pleasure of being in Devon to celebrate the wedding of friends. We stayed in Kingsbridge, a market town in the South Hams district of Devon situated in the South Devon Area of Outstanding Natural Beauty. Kingsbridge sits on its own estuary and is surrounded by green rolling countryside.

We discovered an absolute gem in Kingsbridge which is the town’s cinema. The Reel Cinema is the only independent cinema in the South Hams area  of Devon, situated under the unusual three-sided town clock. The listed building was built in 1875 and was formerly the Town Hall housing the Town Council, Library, Police Station and Magistrates Court. The old prison cells can still be seen off the lower corridor.

There are three screens offering a wide range of films in Dolby stereo sound and each screen has an individual character.

The Premier Screen seats 54, is fitted with multiplex style seating and has luxurious fully curtained decor.

The Classic Screen seats 165 and is the original auditorium with proscenium arch and traditional features.

The Paradiso Screen seats 48 and is a cosy intimate space ideal for screening art-house films. 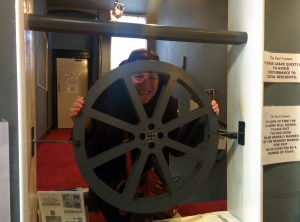 We had the auditorium practically to ourselves on a Friday evening, where the box office doesn’t open until 15mins before the screening. Tickets were £6.80, popcorn was a couple of quid and a bottle of water was just 80p! Going to such a unique local cinema was a real treat. If a cinema like that was in my local area, I’d be there twice a week I think! 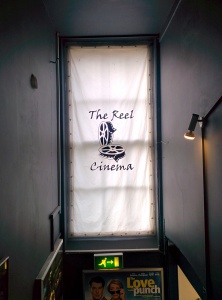 interior feature at The Reel Cinema

the entrance hall of The Reel Cinema