As it’s a new year and 2014 has just started, I thought it was about time I got back into blogging and wrote about what I’ve been up to over the end of last year and from when I last posted.

I completed my fellowship tenure working at CHELSEA space thanks to the Chelsea Arts Club Trust at the end of the summer and was then busy as curator at Notting Hill Arts Club, having curated a successful event in August. Whilst taking a short summer break, happily it didn’t take me long to secure a new role as an Arts & Culture Programmer at JW3, specifically as film programmer also managing London’s newest independent cinema there. 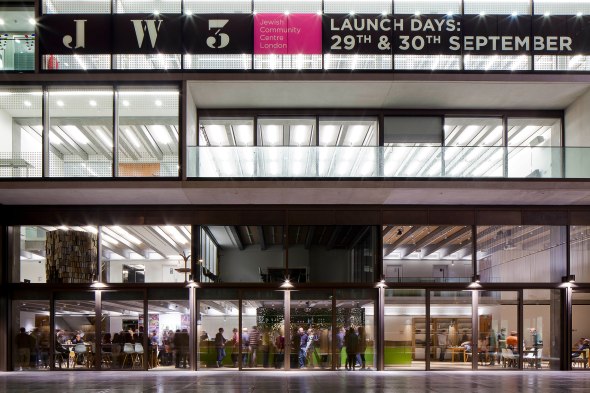 The centre has been around 10 years in the making and it is thanks to Dame Vivien Duffield’s foundation – the Clore Duffield Foundation that JW3 has a stunning multi floor venue on the Finchley Road in London. The organisation JCC (Jewish Community Centre London) operated for many years on a smaller level without its own building, offering a range of cultural events in a range of venues throughout London. In the United States, Jewish Community Centres are very common and can be found in most major cities as well as in other cities in Europe. So it was about time we had one in London! JW3 is not a religious centre, it is cultural – summed up by the CEO Raymond Simonson’s words

“I want to talk about Curb Your Enthusiasm instead, and the paintings of Chagall, the music of Amy Winehouse and Woody Allen films.”

So JW3 (a play on the centre’s postcode NW3, which has the tagline the new postcode for Jewish life) opened on the last weekend of September and so far, thousands and thousands have visited for a range of activities. The centre houses the critically acclaimed restaurant Zest, has a demonstration kitchen, fitness/ dance and drama studios and classrooms offering an impressive programme of classes and courses from languages to art studio sessions to krav maga and more. The multi purpose hall has been used for specially commissioned theatre productions, music concerts and gigs as well as in conversation talks from leading cultural figures such as Kevin Spacey.

Here’s a video made over the launch weekend of the centre to give you an idea what its all about and you’ll even see me for a few seconds, introducing the opening night for JW3’s cinema.

JW3 is an exciting, creative, innovative and fresh place to work. I feel very lucky to be part of something which is changing London’s cultural and Jewish landscape and to be here right at the start of the centre’s life is a great opportunity. It has been a steep learning curve for me, jumping in at the deep end of discovering everything about running an independent cinema and I love it! I’ve certainly been kept busy with the day to day organisation – dealing with film distributors and setting up bonds with them, working with our projectionist team and the wonderful organisation that is the Independent Cinema Office who JW3 cinema is a client of. 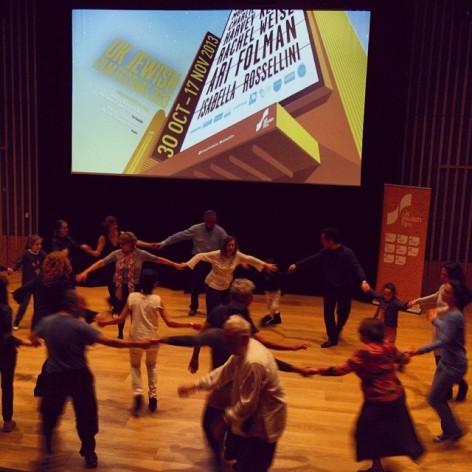 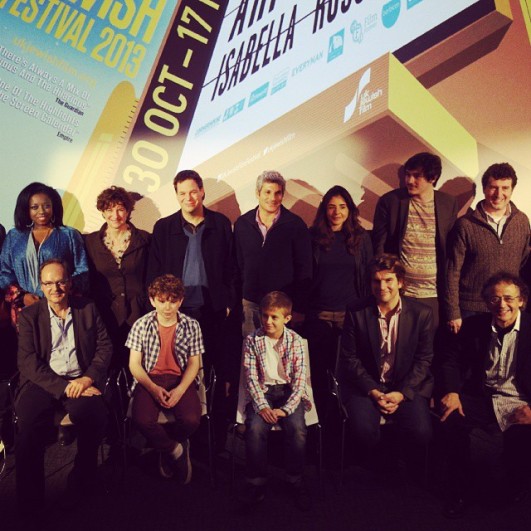 JW3 Cinema which is a boutique, intimate 60 seater cinema has around 19 screenings a week which range from indie new releases to 6 screenings a week of Jewish and Israeli film with our partner UK Jewish Film as well as family films and our Monday evening film clubs plus other special screenings. I organise everything from the programming of which films to screen, with assistance from ICO (Independent Cinema Office) for the new releases for example, to timetabling the screenings as well as organising Q&As, in conversations and other events in the cinema and hall for the film programme. I’ve also had to learn a lot about the technicalities of projection and so on for the technical side of the cinema operation! You can see my profile on the ICO website here  and a page on JW3 Cinema here as well as my top 10 films.

One of my favourite parts of the JW3 Cinema programme that I work on are the film club evenings on Monday nights. We have a Foodies Film Club which involves screening a film all about food (we’ve had Babette’s Feast, I Am Love, What’s Cooking) and the team at Zest restaurant prepare a relevant edible item connected to the film that the audience can eat whilst watching the foodies film. I run our Comedy Film Club in partnership with the wonderful LOCO – London Comedy Film Festival. Each film is introduced by a comedy / film expert who is passionate about that film. I love having a laugh on those evenings and happily the list of excellent comedy films, many with Jewish connections seems to be never ending! In our first season we screened Harold and Maude, Coming To America and Borat: Cultural Learnings of America for Make Benefit Glorious Nation of Kazakhstan. Our Misogynist Film Club (the only one in the UK!) is an opportunity for a feminist celebration of the terrible portrayal of women in film and we have had speakers including Isy Suttie, Caroline Quentin and Henrietta Foster talk about these films they love to hate. In 2014 our film clubs have been re imagined and we will have an Edible Cinema experience as a Foodies Film Club special, more great comedy films and excellent speakers as well as a new film club – the Artists’ Film Salon for filmmakers and film fans. I’ll be sharing more about these soon.

I’ve also organised some very exciting crossover special events taking place in the JW3 hall which unite film and music. I’ve invited Kasper Holten, director of opera at the Royal Opera House, London and cultural commentator Norman Lebrecht for an in conversation and Q&A after a screening of the feature film Don Giovanni (JUAN) directed by Kasper Holten. You can find out more about the event here  . I’m also organising an Oscars™ Warm-Up Night and screening of Searching For Sugar Man introduced by the producer Simon Chinn complete with red carpet, cocktails and real statuette from the awards! To add to the excellent events of the season, I have organised for my choir the English Chamber Choir to perform at JW3 and I will be singing Handel’s Israel In Egypt with them plus the English Players on period instruments in concert! You can see more information about the concert here.