Chelsea Salon Series – 2nd salon from me – the Curatorial Associate

As an organisation we have now clarified our roles in order to better demonstrate the work we are carrying out, to the University and external organisations including galleries and possible funding groups. I am the Curatorial Associate for the Chelsea Salon Series and I have been working on organising the next salon event which will take place on 3rd August

an image from the last salon for Chelsea Salon Series held at the Round Chapel, Hackney

The next salon will take place at Harts Lane Studios and I am working together with MA Fine Art Chelsea College of Art & Design alumni Fiona Whitty and Jenny Gordon (who run Whitty Gordon Projects) to carry out this event. 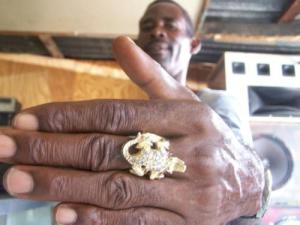 image from Whitty Gordon Projects, during one of their visits to downtown Kingston, Jamaica
http://whittygordon.tumblr.com/images/

A curatorial decision was taken to create an experimental salon with an emphasis on performance and a full range of art forms. The Round Chapel salon allowed students to show any completed work or works in progress and most students exhibited pieces they were working on or had already finished, in a way staying quite safe in their choices.

This next salon will enable students to be inspired by the experimental way of working that Fiona and Jenny employ, using a variety of interesting and exciting ways to realise their ideas in different art forms including film, video and outreach projects. The Chelsea Salon Series team would like to capture the adventurous and experimental spirit of the Askew events (set up by Fiona Whitty and Jenny Gordon and no longer in action, although the website remains as an archive of the collective’s activities) and first salons held at Chelsea College in the year that they took their course (2009). 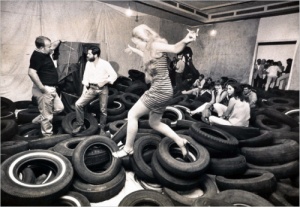 This means that this salon will be open and encouraging. There is no specific theme, but the aim is for students to be experimental, risk taking and daring. We have made clear that this means the work doesn’t have to be pieces that students are working on at the moment. It doesn’t have to be something that is finished and final. We have suggested trying working in a different format or media or with subject matter other than what students usually use. Eg. what about using dance, music, poetry if you don’t usually, or cooking something new you haven’t tried before! We really want to encourage performance and interaction.

We have recommended thinking about those ‘60s and ‘70s ‘happenings’ which embraced the experimental and free thinking zeitgeist… I’ll let you know after the event, how it goes and if we managed to make our very own Chelsea Salon Series happening!

Our salons are open to the public, so you are most welcome to join us. All information is posted on the Chelsea Salon Series blog.